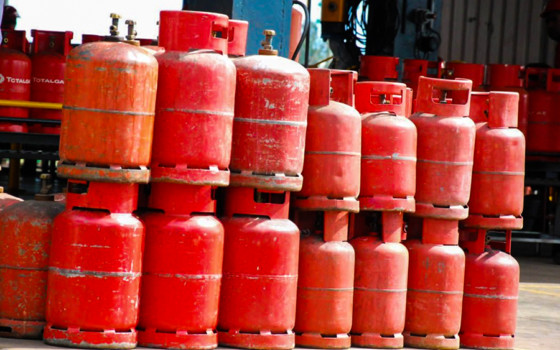 Mohammed Mahmoud-Fari, State Commandant of NSCDC, paraded the woman before newsmen on Friday in Lafia.

Mahmoud-Fari said NSCDC investigation revealed that the woman’s husband was the owner of Monaco gas outlet along Jos road in Lafia, where several people were killed in 2018 from an explosion due to gas leakage.

The commandant said the woman was arrested, following report from her neighbourhood of gas fume leakage which was traced to her residence.

He said the command, in collaboration with the Department of Petroleum Resources (DPR) and the fire service, stormed the house and caught the woman selling LPG.

According to him, the team discovered a tanker loaded with LPG  alongside 179 gas cylinders in the compound.

Mahmoud-Fari said that upon examination, the tanker and 13 of the cylinders were found to be leaking.

He, however, said the command was on the trail of the husband currently at large.

He said the woman would be charged to court for illegal dealing in petroleum product as soon as investigation was concluded.

The commandant encouraged the people to always report such illicit operations in their neighbourhoods to authorities for appropriate actions to avert disaster.