Following the sack of the All Progressive Congress, APC, candidate, David Lyon, and the declaration of the candidate of the Peoples Democratic Party, PDP, Douye Diri, as the new Bayelsa governor-elect, protesters, Friday stormed Diri’s house and vandalized his properties.

Vehicles at Diri’s home at Imgbi Road, Amarata, Yenagoa, were destroyed with stones and hard substances.

His building according to Punch was not spared either. The window classes as seen in the photo were destroyed.

On the other hand, thousands of women took to the streets blocking major roads to protest the judgement insisting that no handover of power would be conducted in the state without Lyon. 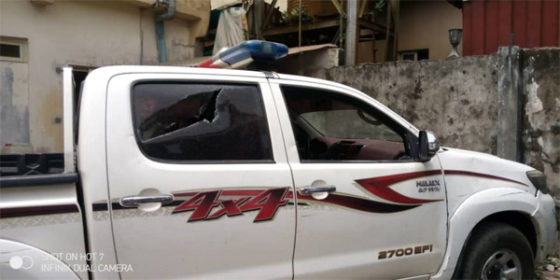 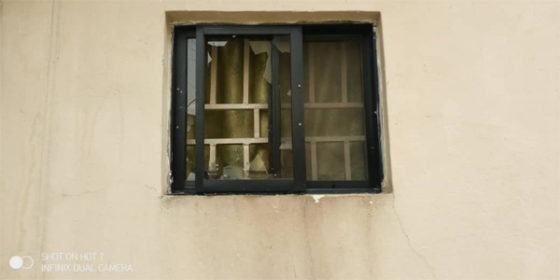 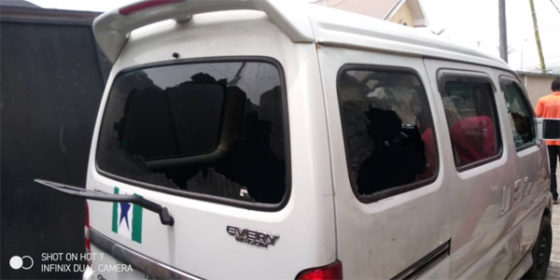 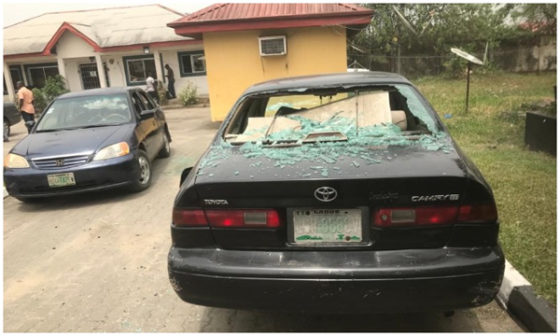 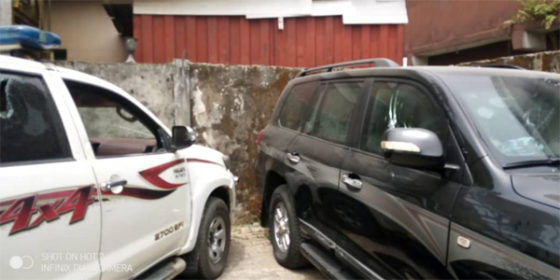