Garcinia cola, better known as bitter cola, is a plant in West and Central Africa. Coca-Cola used this great African plant as an essential component of their early blends, which explains the similar name. However, the current formula of the drink has nothing to do with bitter cola. This has not stopped the plant from being used for a range of other functions. As a result, many people have sought to know bitter cola advantages and disadvantages to the body.There are two sides to a coin, which is why I want to share the many benefits and risks of eating bitter cola. Please understand that bitter cola is far different from cola nut.

Bitter cola, also known as bitter kola, is a plant found in Central and Western Africa that has long been valued for its medicinal properties. Although traditional African medicine uses all parts of the Bitter Cola plant, the seeds are mostly commonly eaten.

Bitter cola seeds have a sharp, bitter flavor that eases into a slight sweetness as you chew, and they’re typically eaten raw. Although bitter cola has been eaten in Africa for years, scientists are just beginning to study the health benefits of this flowering plant.

Bitter cola can be eaten on its own uncooked, like many other nuts. I want you to have it at the back of your mind that it is called “bitter” for a reason. You can sometimes find drinks made or flavored with bitter cola at African markets and online stores. If you don’t like the taste but want to introduce bitter cola to your diet, these drinks may be a good option.

Stories about the many health benefits of cola nut go back thousands of years. People have claimed that cola nut sweetens stale water, treats fatigue, and eases hunger pains. Most of the benefits of bitter kola are connected to its high caffeine content, which increases energy and reduces hunger.

Now, below are the health benefits of eating bitter cola:

The health benefits of bitter cola is what has made the African plant popular all over the world. This plant has numerous benefits ranging from medicinal and recreational to financial. The top most 10 of these benefits includes the following:

Bitter cola has been used over the years to fight infections from the common cold to hepatitis. A 2018 study showed that bitter cola can help combat coughs, bacterial infections, and viral infections. Eating bitter cola when an infection starts may help fight the infection and make you feel better more quickly.

Africans have been chewing this cola to fight against inflammatory conditions like arthritis. One 2008 study showed that patients with osteoarthritis in their knees showed significantly reduced inflammation when eating bitter cola compared to a placebo. The high levels of potassium in bitter cola may be a contributing factor in reducing inflammation.

Early studies suggest that a chemical called colaviron, which is found in bitter cola, may protect against hypoglycemia in people with type 2 diabetes. Although this first study was done on rats and has not yet been reproduced on humans, these early findings are promising.

Increased pressure on the eyeball causes glaucoma resulting in the eventual loss of sight and permanent blindness if treatment is not conducted early. In this case, bitter cola functions by reducing the pressure in the eyes of patients. Its efficacy is the same as that of the more conventional treatments, which is why bitter cola uses are rising. Patients with glaucoma must seek professional medical opinion and treatment even when the condition does not seem severe.

In its composition, bitter cola has an element known as colaviron. It is an anti-oxidant which is believed to contain anti-malarial properties. That is why this plant has traditionally healers have sought the uses of bitter cola in the treatment of malaria infections. Africans has continued using this kola as an alternative treatment for malaria, especially in places where they cannot access modern medicines.

With its high concentration of anti-oxidants, it can function as the other compounds which counteract free radicals. These free radical productions comes from environmental stressors which includes smoking of tobacco, air pollution, and ultraviolet rays, and many other normal processes in the body such as exercise and immune response.

Free radical has the ability to damage cell membranes, DNA, and even other body cells. The antioxidants contained by bitter cola do not only offer important assistance to crucial functions in the body; they also provide massive support to the immune system. That way, the human body is better positioned to fight agents that cause diseases and sickness and remain healthy. This explains the link between bitter cola and pregnancy, as expectant mothers have to boost their immunity and unborn babies.

Making the lungs strong is perhaps the top bitter cola benefit. Chewing cola nuts can bring a positive effect on the lungs and, in the process, improve ventilation levels. The lungs can then function at an optimum level in this way. The cola works wonders in the prevention of respiratory disorders like asthma due to its protective effects.

The bitter cola plant is enriched with antibacterial properties since the nuts seeds and leaves contain them. Bitter cola was tested against streptococcuspyogenes, staphylococcus aureus, Escherichia coli, and Salmonella typhi, and the plant was able to inhibit the microorganisms successfully. The antibacterial activity is believed to be due to bioactive components in bitter cola extracts such as saponins and tannin.

One of the most common forms of arthritis is the Osteoarthritis, with symptoms varying from being uncomfortable to debilitating. Degeneration of joint cartilage and the underlying bone are its manifest characteristic, resulting in pain and stiffness which usually affects the knees, hips and the thumb joints. It is caused by obesity, aging, joint injury, and hereditary factors.

The cola has the power to reduce the inflammation and pain that is caused by osteoarthritis. When consume regularly, the cola can also increase joint movement to alleviate the suffering of people who have the condition.

Bitter cola is considered to be an aphrodisiac; meaning, the plant has the ability to increase sexual desire, performance and pleasure for both men and women. Due to this benefit of bitter cola, the plant has gained popularity among people eager to boost their sex life.

Many people struggle with excess fat in their body because of their eating habits. Against common belief, bitter cola does not contribute to weight gain but does the opposite. Consuming some of this cola can suppress your appetite, and as you eat less, you will start losing weight.

Below are the risks of eating bitter cola:

Even with the numerous benefits of bitter cola, most people head to the market to buy the plant’s products without stopping to think about its side effects. Because the plant is much sought for because of its medicinal value, you may find those buying it already on other drugs. If you are one of those, you must consult your doctor to avoid any adverse effects associated with consuming the cola or the medication you are already on.

Bitter cola can cause mouth cancer. According to researches chewing cola nuts can lead to mouth or gastrointestinal cancer.

Bitter kola is very high in caffeine, which is why eating too much of it can be quite unhealthy. Therefore, you must be careful with the amount of it you consume. The cola can be very dangerous for people with cardio problems.

Bitter cola can lead to glaucoma. An excessive amount of bitter cola nuts can be harmful. However, if you consume small number of it, glaucoma can be prevented.

Bitter cola is not beneficial for those who suffer from diabetes. It is another one among the side effects of bitter cola related to the presence of caffeine in the product. Excess caffeine can lead to an incorrect sugar level in your body, which is why you have to be careful how you eat this kola.

High blood pressure patients are warned not to consume bitter cola because it contains a stimulant whose properties can increase blood pressure.

One of the elements contained in bitter cola is caffeine. Caffeine makes some persons find it difficult to fall asleep after consuming it. It increases one’s alertness, but if you need a good night’s rest, then you must keep away from it.

Bitter cola has the potentials to slow blood clotting when consumed in large amounts. This can be very risky when a person gets a cut on his or her body; it will then be difficult to stop the bleeding which will turn into a life-threatening situation. Therefore, eat bitter cola in smaller quantities and avoided completely if you undergo surgery.

The central nervous system and the peripheral nervous system can be affected negatively by excess intake of biter cola. If these two systems get affected, it results in instability, shakiness, quivering and anxiousness. It can also eventually in a state of mental breakdown as one loses control over his or her body movements. 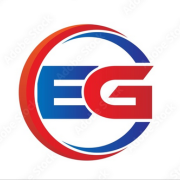 Emebu BON is the publisher and senior admin of Efogator.com and its network of sites. He is a creative professional from Nigeria. He is a web designer that is dedicated to helping individuals and corporate bodies of all sizes register their presence online by setting up befitting website/blog for them.

Get our next trending posts in your inbox

7 Tips to figure out influencer rates

Experts reveal things you should not do when you have fever

How to neutralize excess caffeine in your body

Do these 10 things to lose weight faster

Best 9 sleep enhancing foods for you

Top 5 methods to relieve anxiety with a healthy lifestyle

How To Use Insulin To Manage Diabetes

Is CBD Hemp Flower Legal? Here’s Everything to Know

Foods women should eat or not to eat during menopause

The Awesome Health Benefits of Cloves

How to stop your anxiety and panic attacks

100 Questions and Answers About Prostate Cancer